The Year in IPv6 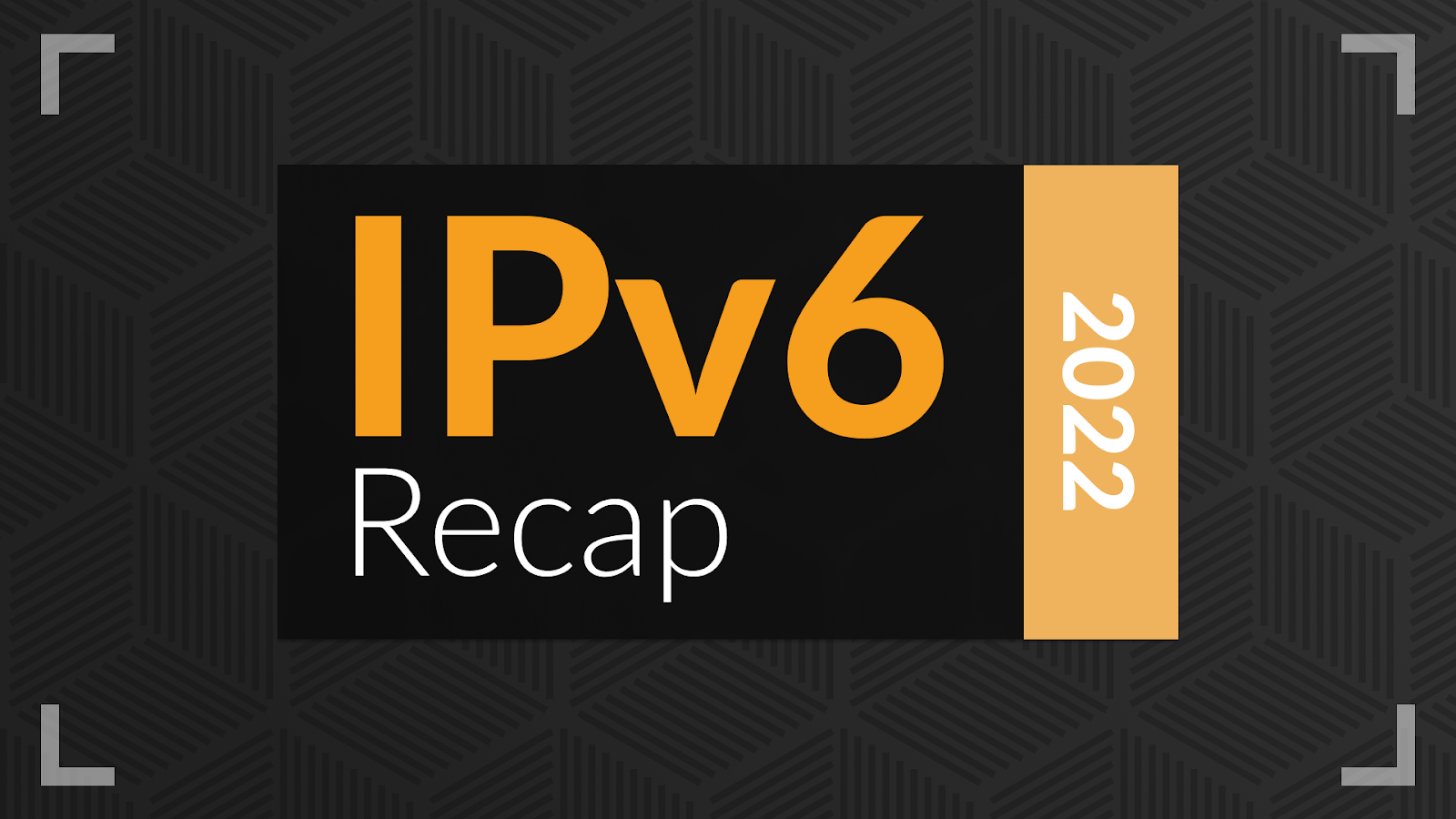 With another year coming to a close, it’s a good time to check in on the status of IPv6 and take stock of all that’s happened within the industry. While the adoption of the advanced protocol has not necessarily been as swift or widespread as was once expected (or is needed), its use has only continued to spread around the web. But where are we today? And what can we forecast for the future? Let’s take a look.

To avoid getting ahead of ourselves, let’s quickly review what IPv6 is and why its adoption is so important to the future of the internet. The incumbent internet protocol is version four, and it has been serving the web for decades. IPv4 comes with some limitations, including the fact that it is limited in its scope and the world is quickly running out of unique IPv4 addresses. The structure of IPv4 is such that it provides for a little more than four billion addresses – where IPv6 opens up trillions and trillions of addresses. In practical terms, we’ll not run out of unique addresses when using IPv6 exclusively for some time.

An Eye on Adoption

Google is an excellent source of information when looking at IPv6 progress by country, as so much of the world’s internet traffic flows through a Google property each day. At the start of 2022, Google reported that 37.78% of traffic was accessing Google over IPv6. As of December 18th, 2022, that number was at 40.33%. While that is not a huge jump, it is a steady climb that continues a trend that has been in place for years. If we zoom out a bit, the IPv6 rate at the start of 2019 was 26.32%, so significant progress has been made over the last few years.

Another notable change for the IPv6 industry in 2022 is that multiple countries have made adoption mandatory. India, for example, required all governmental organizations to adopt IPv6 by the summer. Also, the European Commission was initially reluctant to use more forceful measures to increase the adoption of modern internet standards, it changed course at the start of 2022.

2022 also marked the tenth anniversary of the World IPv6 Launch day, a special event that’s near and dear to our hearts. Our very own Jan Zorz spoke about this anniversary at RIPE. While the protocol is older than ten years, it was still a special day for all those involved.

As businesses continue to operate in uncertain times, there has been a reduction in IT spending that isn’t seen as essential or critical. This is particularly true for companies that currently have possession of enough IPv4 addresses to meet their needs. If they already have what they need, and don’t foresee any trouble in the near term with device addresses, why spend the money to switch?

There tend to be extra costs that come with trying to keep an organization on IPv4, and it stands to reason that doing so will get more expensive as time passes. If businesses start to see the value of making a switch in terms of dollars and cents, more will be willing to dive in. And, it is expected that there will be a snowball effect, with more and more businesses and organizations making a change as they see others doing so. Continued education on the part of organizations like ARIN – the American Registry for Internet Numbers – should serve to help businesses see the advantages of transitioning.The fact is, IPv4 running out is real, so the cost to maintain the same resources will inevitably go up, whereas IPv6 does not have the same scarcity problem. It’s not only the maximum number of v4 addresses, limitations also arise from the inefficient use of v4 space… It’s like what happens to your house after putting off cleaning too long, a good IPAM tool is an opportunity to do housekeeping in real-time, but if you keep putting it off it gets harder and harder to rectify. Inevitably you’ll have too much technical debt and will need to spend a bunch of money on architects and/or tooling if you do not address the migration issue upfront.

The Global NOG alliance formed a task force to Keep Ukraine connected this year. The Global NOG Alliance put out a call to the RIPE mailing list asking people to help Keep Ukraine Connected by donating hardware that could be used to rebuild the country’s Internet infrastructure. The overall mission of the “Keep Ukraine Connected” is not only to mediate, but also to actively help the Ukrainian internet stay up and operates on on a voluntary and donation basis. Follow this link to get involved.

We had to say goodbye to the 7 layer burrito in 2020 and we’re still upset about it… This story has a happy ending. Not only did the Mexican Pizza make its comeback at Taco Bell (phew), there’s some unofficial news (not confirmed) via reports by users in the field performing tests that IPv6 is going to space with Starlink…! While the news is not official yet, we’re excited that IPv6 will possibly be adopted beyond the globe. Here at 6connect, we feel strongly that IPv6 is out of this world!

An expert panel assembled by ARIN still believes that the internet will, eventually, transition to using IPv6 across the board. Will that happen in 2023? No. It’s likely that the transition will continue to be a gradual progression with fits and starts along the way. Not surprisingly, one member of that panel, Geoff Huston, pointed out that the cost of IPv4 addresses is likely to play a meaningful role in the pace of the transition. If IPv4 costs continue to go up and 2023 and beyond, the math for organizations will change and IPv6 will start to look like the more appealing choice. Another positive sign is that emerging markets in Africa, such as Kenya, have announced their plans to migrate to IPv6 in 2023.