IPv6 Usage in the Time of COVID-19 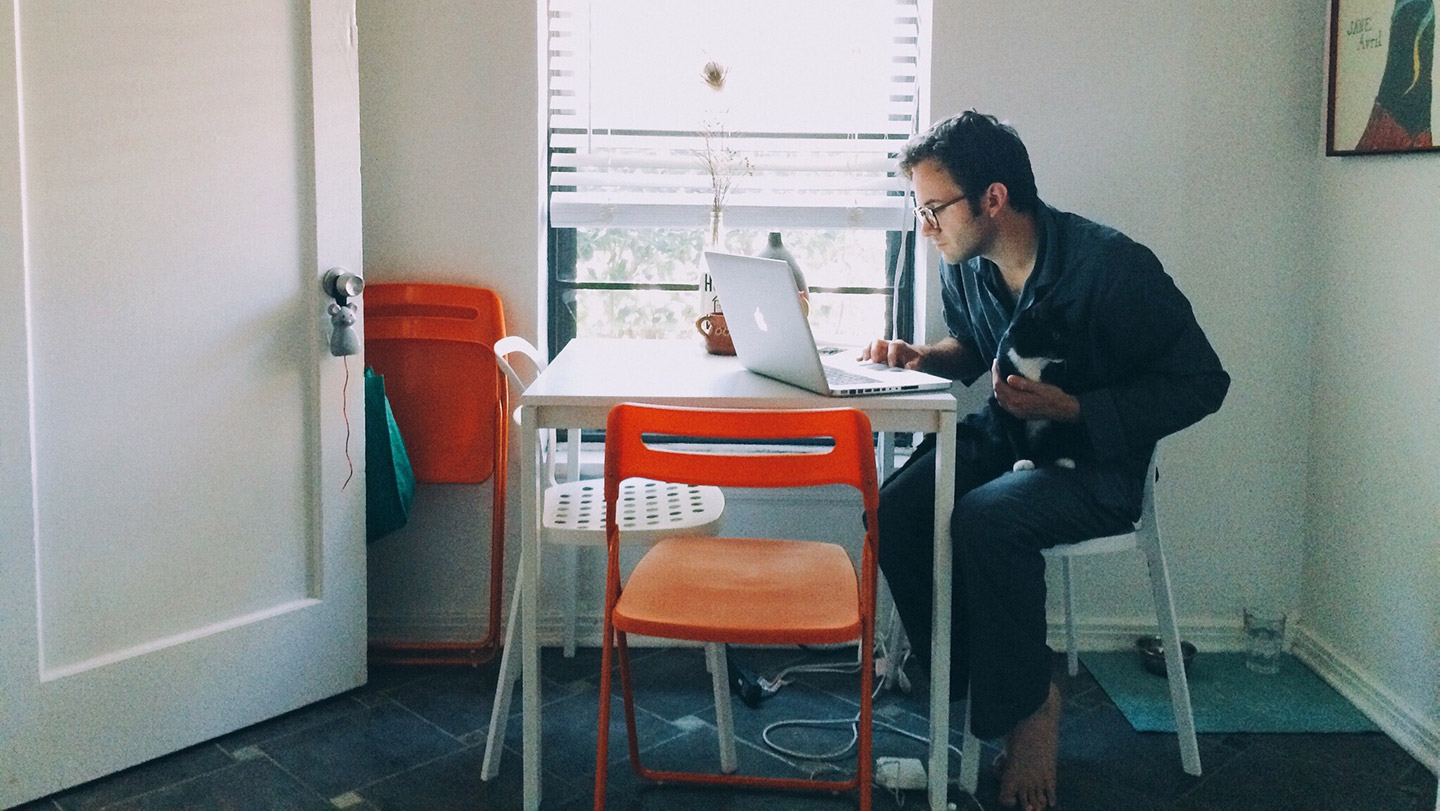 In just a few short months, the entire world has changed. Unprecedented lockdowns are happening in countries around the world due to COVID-19, and the pandemic continues to have serious health and economic impacts on a global scale.

Unsurprisingly, the business landscape in all industries has been affected – but for some, there is a bright spot amid the chaos. As reported by Google, we are currently seeing an uptick in IPv6 connectivity among users accessing the tech giant’s services.

IPv6 on the Rise

Over the past year, the IPv6 adoption rate for Google users has slowly trended upward, with brief spikes up to 30% on weekends and fluctuations around 25% on weekdays. This consistent phenomenon appears to reflect the difference between home and work usage, as people switch from their own devices – often on mobile networks – to business environments.

Based on the data from Google, we can see that usage rates suddenly changed in mid-March 2020. On the weekend of March 14-15, there was a record high (at the time) of 31.01% IPv6 adoption among users, or just barely higher than usual – and then the following week, the rate never went back down to the usual ~25%. Instead, it dipped to 27.65% on Monday the 16th… and has stayed above that amount to this day. 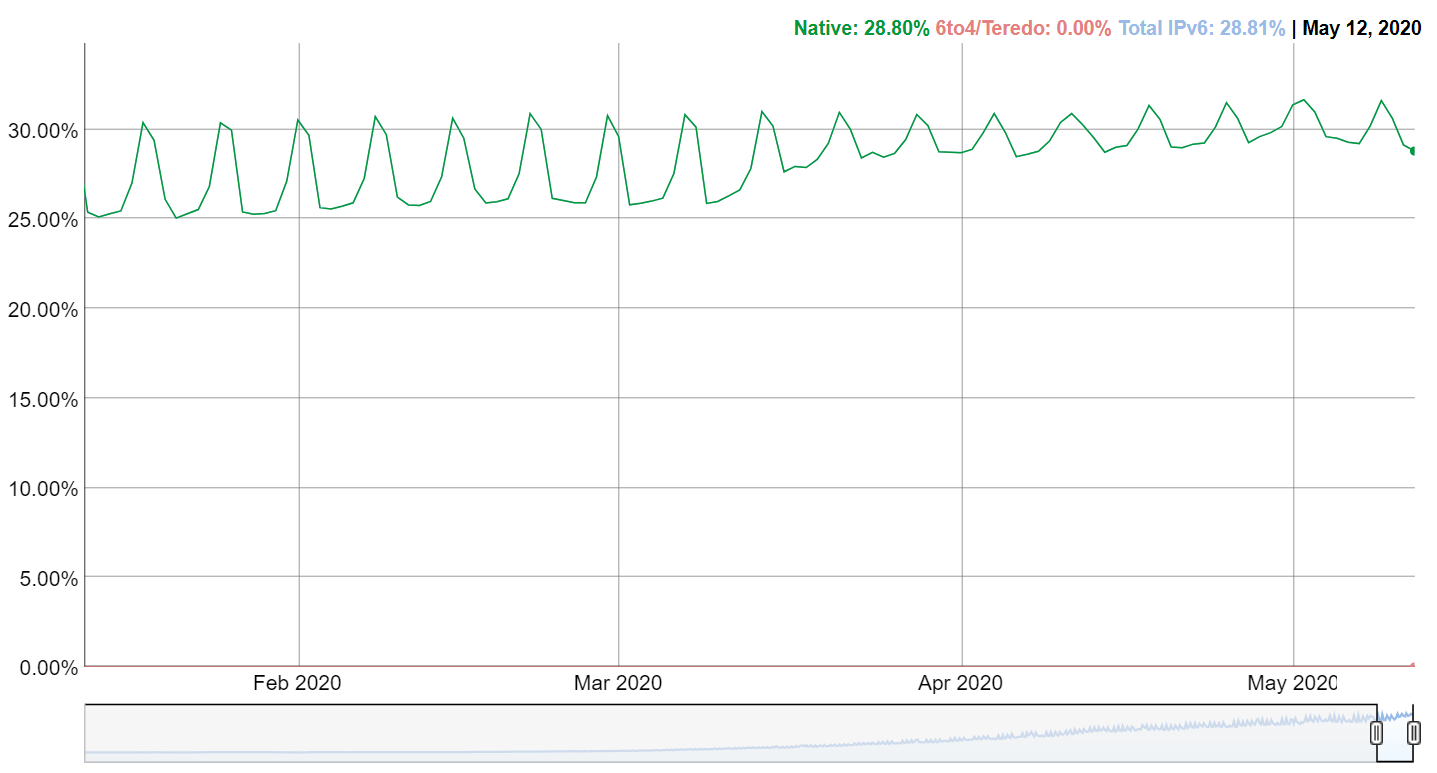 Nowadays, we’re seeing weekday lows of 28-29% with weekend highs of well above 31%. In fact, the latest numbers show new record highs, like the 31.67% peak on Saturday, May 2nd.

How does this relate to COVID-19? Well, we’re speculating about the impact here, but mid-March is when the world really began to understand the significance of the rapidly spreading virus.

On Wednesday, March 11, 2020, the WHO officially declared that the spread of the coronavirus had become a pandemic, and that same day, the United States issued a travel ban on Europe. Basketball fans may also recall this was the day the NBA suspended the 2019-2020 season – and two days later, the pandemic was declared a national emergency in the United States.

The following Monday – March 16th to be precise – is when Google’s data shows the initial rise in weekday IPv6 connectivity rates, as noted above. (Interestingly, Facebook also reports a slightly more steady percentage of traffic being handled through the new protocol; since April 9th, its IPv6 rate hasn’t dropped below 26%.)

This abrupt change makes sense: after several weeks of assessing the situation, and with the official pandemic declaration in place, many businesses around the world implemented new work-from-home arrangements for employees around this time. Of course, the numbers merely reflect the relative usage of IPv4 and IPv6; as the Register suggests, it’s possible that IPv6 hasn’t grown so much as IPv4 has dropped as people stay at home.

However, the shift to a remote workforce has certainly resulted in increased network demand worldwide. John Graham-Cumming, CTO of Cloudflare, notes that “the Internet has seen incredible, sudden growth in traffic,” with 30–50% surges in Internet use in countries like the U.S., Canada, Australia, UK, France, Portugal, Spain, and Brazil.

Laptop and notebook sales have soared as people prepare their home offices for the new remote-working reality. Plus, millions of students are studying from home as distance learning becomes the new norm, and laptops are flying off the shelves for them as well.

The bump in IPv6 usage as a result of the COVID-19 crisis is undoubtedly a positive development for the Internet industry at large (though it remains to be seen how things will play out after stay-at-home orders end). Additionally, we’re seeing a major shift toward investment in cloud networking technology and cloud-native solutions as datacenters and head offices are less accessible and remote working becomes a more permanent fixture. The scalability, flexibility, and agility of cloud technology provide much-needed benefits for the Enterprise in these challenging times.

As always, we’re here for you if you need help. For anyone looking to fortify and modernize infrastructure and automate network resources for objects in distributed environments, our ProVision Suite may be for you. We invite you to explore how it can introduce dramatic time/cost efficiencies and future-proof your business today.

Interested in learning more about IPv6? Check out our six-step guide to IPv6 and our post addressing the top 5 concerns of network admins about migration here!