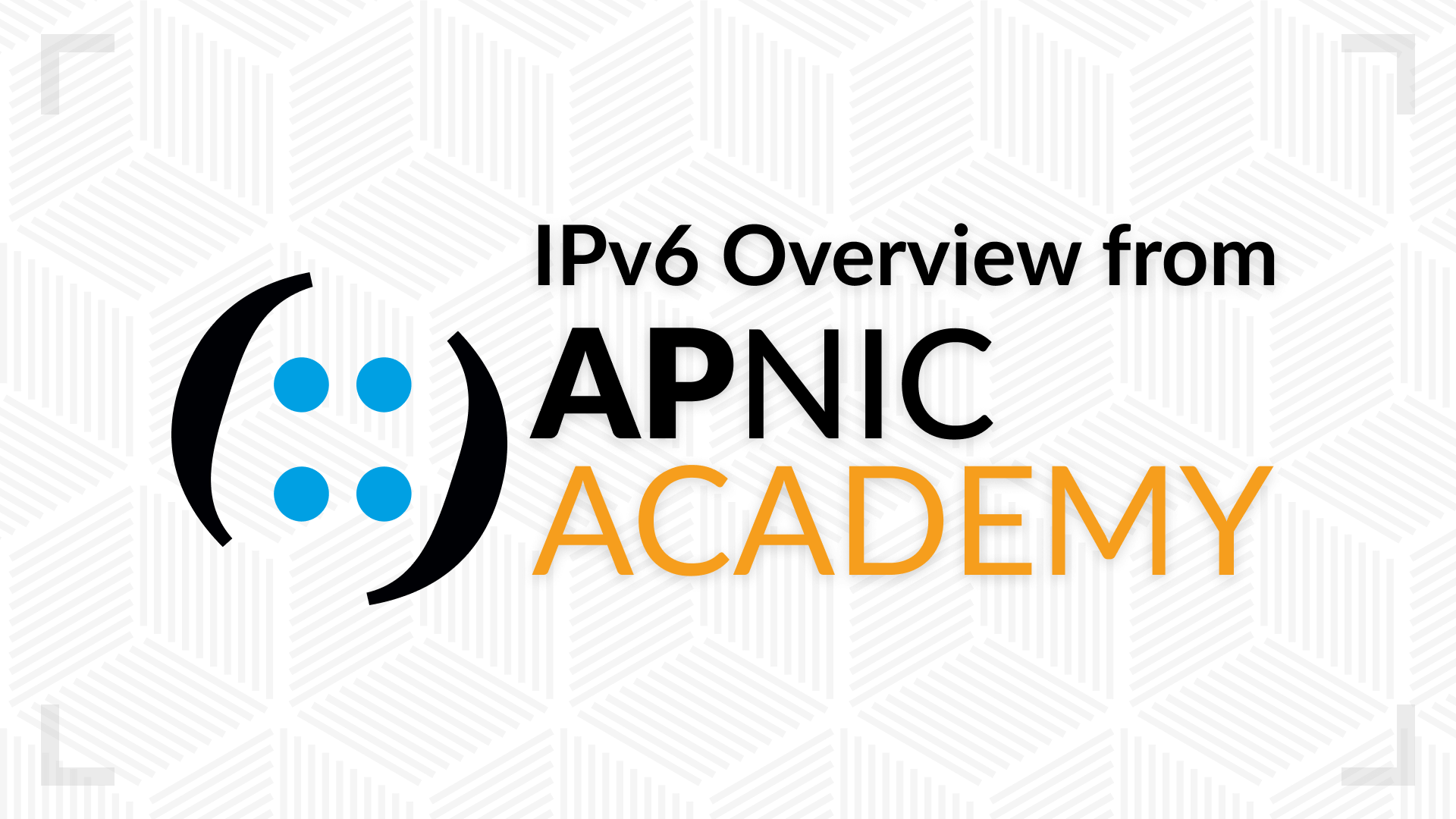 APNIC (the Asia Pacific Network Information Centre) hosts a number of training events each year. With over 50 tutorials, workshops, and online labs and courses, APNIC Academy is an incredible resource to the networking community. The online course that caught our attention was an overview of the IPv6 protocol, so we decided to give it a go and share what we learned!

Jessica kicked off the course by sharing a color-coded map of the IPv6 capable rate by country. The map provides a fascinating overview of end-user readiness in countries around the world that are IPv6 capable and IPv6 preferred.

Data can be broken out into regions, subregions, and countries and percentages are available for IPv6 capable, IPv6 preferred, and samples.

If you want to dig deeper into specific areas, graphs with adjustable metrics are provided for every listed area of interest. 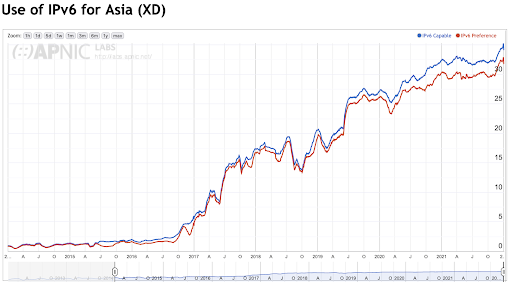 In 1995, IPv6 was designed to replace IPv4, and with that design came a new and improved packet structure. Though some parts were kept the same, the packet headers are totally different. IPv4 and IPv6 packet headers cannot communicate with each other directly.

Source addresses and destination addresses were kept mostly the same, but require more space in IPv6 to accommodate the longer address. The version part of the header remains the same as well.

Traffic length, payload length, next header and hop limit in IPv6 have similar functions to type of service, total length, time to live and protocol in IPv4 respectively, but flow label is a brand new function. Flow label identifies a packet’s place in the traffic flow and can be used for load balance calculation, but it’s not often used in the current IPv6 network as people are still looking into the functions of flow label.

When IPv6 was designed, they wanted to make the packets more flexible. To do this, extension headers were added. Extension headers are optional internet-layer information such as fragmentation and encryption.

There are 6 types of extension headers listed in RFC 8200: hop-by-hop options, destination options, routing, fragment, encapsulating security payload, and authentication. It is recommended that headers appear in this order when more than one extension header is used in the same packet. When devices are analyzing the packet, they will analyze from the IPv6 header to the extension, then to the TCP header.

To help attendees better understand the concepts, Jessica walked us through some helpful working examples.

An IPv6 address prefix is represented by ipv6-address/prefix-length. An example of this is 2001:db8::/32.

All IPv6 addresses are divided into three parts: Unicast, Anycast and Multicast. Unicast addresses include Unspecified Addresses (::/128), Loopback (1::/128), Embedded IPv4 (::/80), Global Unicast (2000::/3), Link-Local (fe80::/10) and Unique-Local (fc::/7). Unique Local addresses are not typically recommended because IPv6 has enough addresses that it is preferred to set up end-to-end communication from IPv6.

Link-Local addresses are configured automatically and can cross a layer 2 bridge, but not a layer 3 bridge. Link-Local addresses have at “%en0” at the end which is called the zone index. Zone index “helps uniquely distinguish which link/subnet an interface is connected to. The zoned indexes are strictly local to the device.”

Anycast is similar to IPv4 and is from past Unicast.

There is no Broadcast in IPv6 because in IPv4 Broadcast can generate a broadcast storm in the layer 2 network. When IPv6 was designed, some people were concerned about how to send a package to everyone, but that can be done through Multicast. Multicast addresses include Assigned and Solicited Nodes and all begin with “ff”.

APNIC Academy provided a very informative and easy to understand course and the IPv6 overview was one of many that they offer. We look forward to taking advantage of more of their educational content in the future.

The IPv6 Overview course is available on-demand and the entire APNIC Academy course catalog can be found HERE.