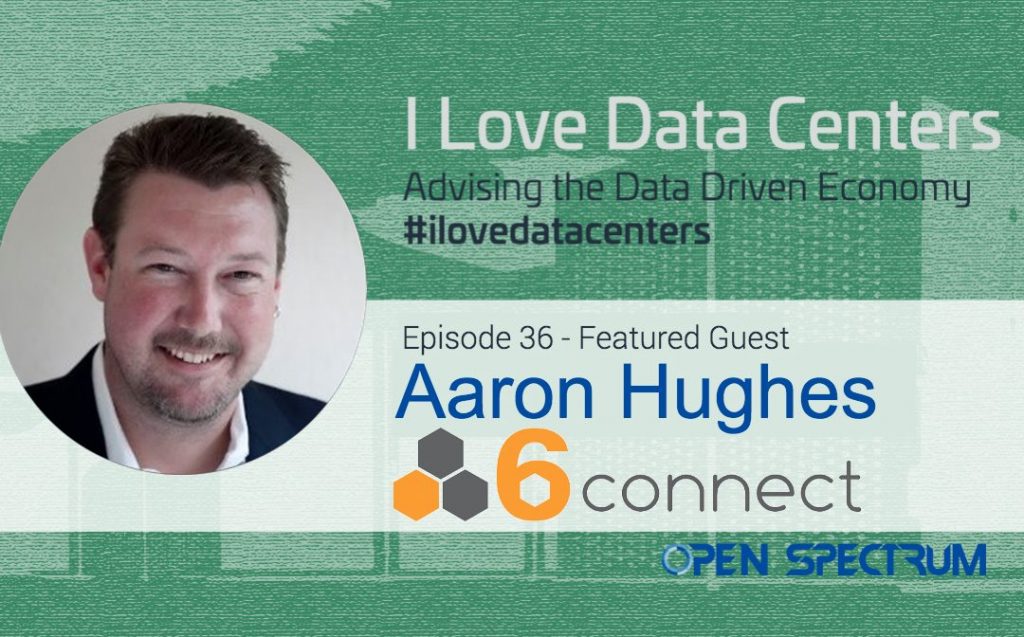 Our CEO, Aaron Hughes, was recently a featured guest on episode 36 of the I Love Data Centers podcast. Hosted by OpenSpectrum Founder Sean Patrick Tario, the episode touched on a wide range of topics, from the evolution of the network engineering community and the Internet itself, to IPv4 and IPv6, NAT, data security, and how to get involved in shaping the future of the global Internet.

Having lived for nearly a decade just a few minutes down the road from each other in Santa Cruz, California – and becoming close friends over the years – Sean and Aaron have an easy familiarity with one another that comes through in their conversation.

Looking Back: A glimpse into the past

To kick things off, Sean asks Aaron how he first got into the industry. It’s a story of serendipity at a young age, being at the right place at the right time while attending high school in Massachusetts. At the urging of his headmaster, Aaron became closely involved with a new IBM project on campus, which ultimately led to him receiving a grant to attend a Harvard extension school out of Cambridge… and the rest is history!

As Sean notes, Aaron was in a unique position to learn the ropes from the ground up, starting in the 80s. Back then, there was only a small community of like-minded individuals who shared these niche geeky interests – and to be successful in the field, you basically had to know “everything about everything.” Aaron was the type to jump into new ventures and learn on the go, which served him well. In fact, he literally skateboarded into his first job at Channel 1 BBS!

Quickly immersing himself in the engineering community, Aaron built up his skillset and eventually entered management despite having little experience in the area. “It was sink or swim,” he recalls. Having to figure things out as you go was simply the way things were back then, he adds. “It really was sort of the Wild West.”

Indeed, it was a time before NANOG and APRICOT, before all of the resources we have at our fingertips today. Aaron and his peers had to rely on their personal networks instead, engaging in shop talk on IRC servers and coming up with their own best current operational practices. As he puts it, the engineers in this core group each represented a “single point of failure” during those early years of a delicate and fragile Internet.

Evolution: Looking ahead to the future

Sean and Aaron go on to discuss how things have evolved in the ensuing decades, and how the vendor-engineer relationship has changed over time. Is it scary or relieving that so few engineers nowadays (have to) have such an incredible depth of knowledge? How is the Internet today both similar to and different than it was 20 and 30 years ago?

One big change is the ongoing transition from IPv4 to IPv6. Aaron talks about how the world took advantage of NAT and in large part is continuing to do so. However, “if you’re operating with v4, you are operating on an Internet that continues to get more ‘chewing gum and rubber bands’ to allow you to exist, because there is no new space,” he notes.

Aaron offers some valuable insights on how you can get involved with RIRs, become a stakeholder in these environments, and “drive or participate in changes to the global Internet.” If you’re interested, there are so many ways to make your voice heard!

Aaron’s passion for learning and personal growth serves as a wonderful example for all of us in the field. Check out the podcast episode for more inside stories and a unique glimpse into the evolution of the Internet from one of its pioneers!