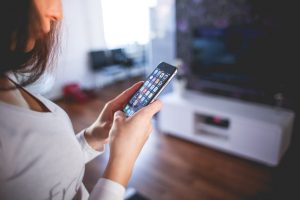 There is no doubt that we are living in the era of IoT, with connectivity to our devices and nearly everything else increasing. As winter 2017 winds down, here are the top ten IoT trends we have to look forward to.

IoT has been consumer product driven, but now it’s time for industrial driven IoT. TechRepublic’s Teena Maddox talked with IoT experts across several fields, and found that many of the experts are seeing things like smart lighting, smart agriculture, and a general move towards smarter tech that reduces costs and improves both productivity and the experience. IoT can be used to control the lighting in a factory, or used in agriculture to monitor soil, track animals, and ensure proper nutrition and feed. How this occurs in balance with security requirements is yet to be seen. When technology jumps across the divide from consumer to industrial, there is typically a learning curve for both scalability and security. While consumer tastes may be accustomed to service outages or bugs, the industrial environment designs with risk in mind.

Brian Buntz of the Internet of Things Institute predicts that in 2017 the HR function and recruitment will finally galvanize. There will also be a greater need for better recruitment for IoT companies that are struggling for new professionals, offering a pleasant touch of good news in a challenging jobs market.

3. The service component of IoT is going to develop

Amazon Echo is quite possibly the most recognized IoT device, but it will only fulfill its potential if Amazon can continue to improve the service that lives behind the scenes (namely, Echo’s integration with Amazon.com, Uber, music streaming services, and its voice recognition software). For consumer focussed IoT to develop, companies will need to differentiate the applications that truly provide value from those that are mere novelty. In other words, the UI needs to get much cleaner.

Maddox explores the future of IoT in terms of security and privacy with Francesco Cetraro, head of registrations at .cloud, acknowledging that there will be lots of new players that will offer security for the wide range of devices in development. Sukamal Banerjee, the executive vice president and global head of IoT Works and HCL Technologies believes that security will be a critical factor when employing the right IoT platform.

With the IoT revolution and the explosion of Internet connected devices, the Internet Assigned Numbers Authority (IANA) has resulted in a shortage of IPv4 addresses. Xbox has already jumped onto the new IPv6, which should result in less latency in online gaming. Of course, your ISP will need to provide you with an IPv6 connection for you to take advantage of a device that supports IPv6. But the good news is that many ISPs are already there. If you have Comcast, for example, it’s likely that your network is IPv6-ready.

Craig Resnick, writing for Industrial IoT, explains that when it comes to industrial-based IoT artificial intelligence is going to be key; when it comes to the rest of IoT, AI is well on it’s way to becoming a key staple in development. The convergence of big data and IoT results in the conditions that would make AI feasible both in the industrial continuum and outside of it.

Ryan Lester of IoT news attended CES and explains that IoT is no longer a separate and different ecosystem; instead businesses are not thinking about creating something that is connected, but instead connecting their existing products. Businesses do not need to become an IoT company to improve their offerings. Samsung has created a smart fridge, but they don’t think of themselves as an IoT company and are not trying to become one. Nor do companies need to be IoT focused for them to operate on the shadier side of things. Vizio was tracking their users’ watching behavior and then selling the data without their customers ever knowing about it. IoT is everywhere.

8. When IoT adds value, and not silly features, everyone wins

Lester was excited about the Temptraq, an update to a baby thermometer without any bells and whistlers, but offering value. The baby wears the sticker while sick and tracks the temperature all day allowing the parent or caretaker to track how their child’s fever is resolving. This is much more valuable, and a better use of IoT, than a traditional thermometer that connects to an app and just keeps tracks of various temperatures as they’re being taken.

9. IoT has a need for speed

For connected devices to reach their full potential, the industry needs to solve its speed problem. Think about it. If, today, you added a few IoT security cameras to your network, they’ll be sapping network speed and interfering with the usability of everything else you use your internet for (namely, Netflix). For IoT to flourish, we need faster and more expansive networks. And we’ll need easier ways to provision these networks without compromising their security.

Business Insider’s Andrew Meola highlights the many benefits of the smart home, from better regulating the temperature inside the house, to waiting until the optimal time to water the lawn, to tankless water heaters that save natural resources and money. For now, you might be impressed that you can ask Alexa for the weather, but the real progress will come when the “things” are talking to each other, not to you.