Recap of RIPE 73 in Madrid 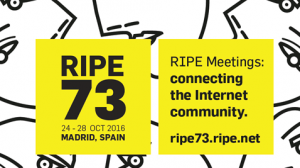 Internet Service Providers (ISPs), network operators, and our CEO Aaron Hughes gathered together last week in Madrid to discuss issues of interest to the Internet community for the RIPE 73 meeting. From October 24-28, over 600 attendees came together to discuss a variety of topics. On the first day, RIPE NCC’s Athina Fragkouli highlighted how RIPE has repeatedly been held up as an example of an effective community in Internet governance circles.

The first three presenters from day two, all from the Twente University (UTwente), reported on their work looking at the effectiveness of anycasting as a mechanism to increase the robustness of root DNS services, according to the RIPE 73 Daily Meeting Report. Their studies showed that anycast improves resilience against attacks.

On day three, a major highlight was when Alain Durand from ICANN gave an analysis of IPv6 as related to GDP per capita. This correlates IPv6 deployment data from APNIC Labs and the Akamai State-of-the-Internet report with GDP per capita data from the World Bank, to see whether more affluent economies are more likely to deploy IPv6 than developing economies.
The top 50 countries by GDP capita (i.e. >USD 23K) tend to have significantly higher levels of IPv6 deployment. Belgium, the United States, Germany, Switzerland, Greece and Portugal stand out from the others with 30-50% rates of deployment compared to an average of around 14% for example.

Most other countries typically show very low levels of IPv6 deployment although exceptions include Brazil, Ecuador, Haiti and Peru. Interestingly, Kiribati, an island republic in the Central Pacific with only ~100,000 people and a limited number of network operators, showed high IPv6 deployment. 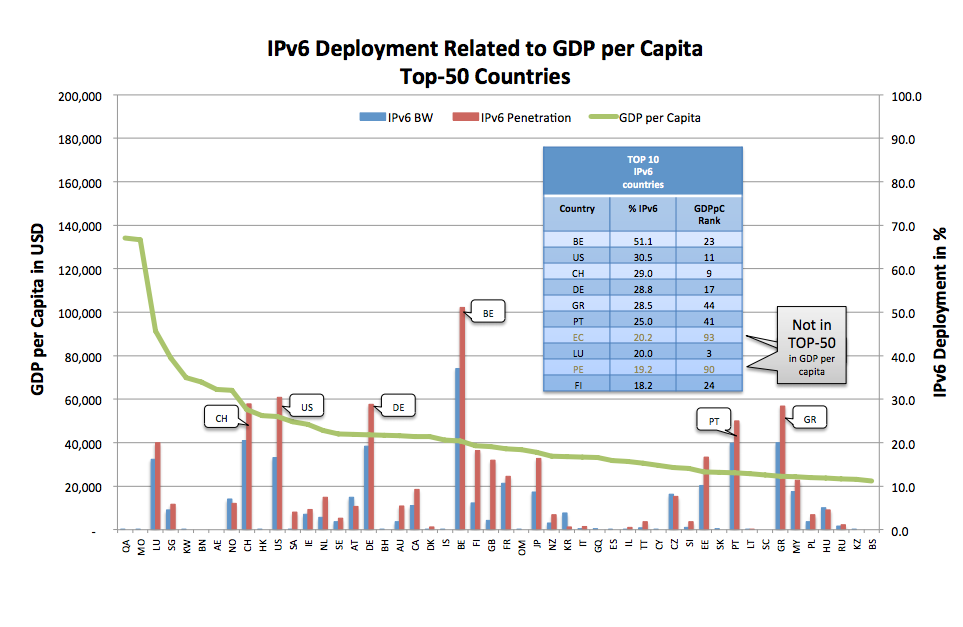 Another interesting presentation was by Annie Edmundson, a Masters student from Princeton University. She discussed transnational routing detours through surveillance states. This was a study on which countries were being traversed by Internet paths to reach popular destinations, where local traffic left a country, and whether end users could avoid certain countries known to practice surveillance. Traffic to the Alexa Top 100 domains from Brazil was analyzed, revealing that nearly 80% was destined for the United States, whilst nearly 85% of the rest of the traffic traversed the United States.

Here are some additional highlights:

#IPv6 deployment in #switzerland not so bad – according to Geoff Huston’s presentation in IPv6 WG at #ripe73 🙂 pic.twitter.com/wyl7flFq88

In case you missed RIPE 73, be like Alex (below) and watch them online.

We look forward to seeing you at RIPE 74!