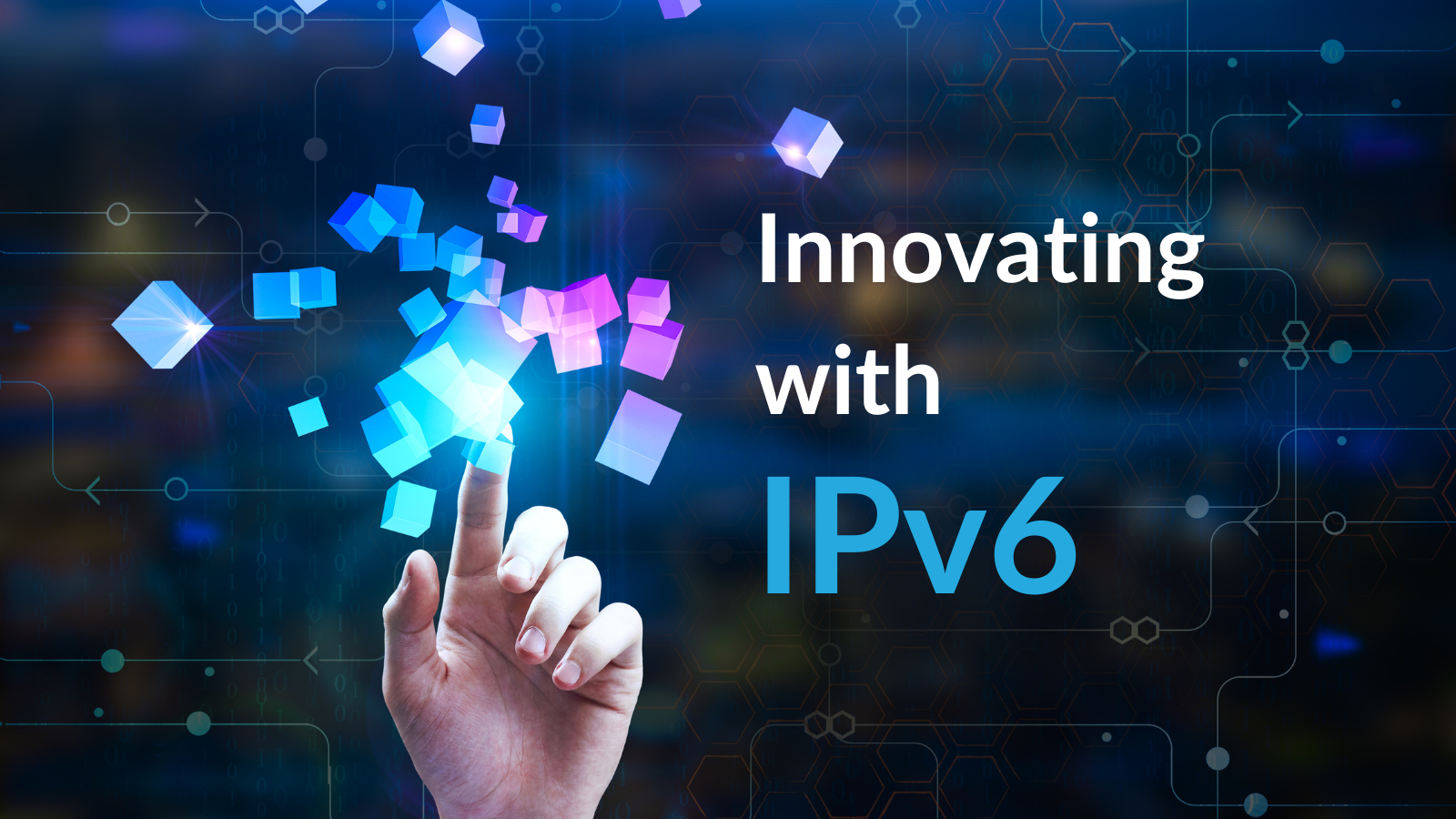 There are unique characteristics of IPv6 that network operators might not be thinking about. Are you making that mistake?

In this episode of Packet Pushers-IPv6 Buzz 101, Tom Coffeen, Scott Hogg, and Ed Horley not only talk about IPv6 innovations, but specific innovations that most people might be overlooking. They also dive into the constraints that come from sticking with an IPv4 mindset, developers’ awareness (or lack of awareness) regarding what the unlimited supply of IPv6 can provide, and ask if a lack of IPv6 deployment stifles innovation. Now let’s take a closer look at the key points discussed in this episode!

The IPv4 Mindset
So, what prevents network operators from migrating over to IPv6 and seeking the innovation that exists there? Maybe it’s the same reason why people gravitate to their favorite spot on the couch rather than sit in a newer chair: It’s comfortable because it has already been broken in, and there is a good understanding of the environment. Some network operators assume that what they are able to do with IPv4 isn’t that much different than working with IPv6, but by not being aware of the differences, they are missing out on valuable opportunities.

The truth is, if operators are looking to grow and build the most logical and forward-thinking spaces, they have to challenge the misconceptions they have about IPv6. Otherwise, they will be stuck in an IPv4 environment that is naturally set up for constraint—in creativity, space, budget, and security.

“With IPv4, you start off on the wrong foot with so much scarcity.”

With IPv6, you can ask: “How big could I build my broadcast domain?”

This lack of constraint in address space allows network engineers and application developers to build logically and to scale, rather than building with a limit in mind. And, since IPv4 addresses are becoming rarer, with shortages around the corner, it’s likely that an allegiance to IPv4 will become a more expensive choice, too.

Area of Innovation and Awareness
One other huge area of innovation is increased security. Instead of one node, and one address, IPv6 offers the potential of one node, multiple addresses, and even different purposes. Global addresses, vulnerability scans, and ephemeral addresses on servers all will lead to more confidentiality, authentication, and data integrity.

But, despite the potential of migrating to IPv6, there is still a lack of awareness around what the unlimited supply of IPv6 can provide. That’s not to say that it’s the developer’s fault. Some people just aren’t thinking about the network in the IPv6 mentality or are not expected to.

In addition to a technical migration from IPv4 to IPv6, developers will need to migrate their thinking as well. They have been developing on top of a web platform that isn’t necessarily built for creativity.

IPv6 Opportunities
So how can application developers take control of a problem they can solve? One way for them to know what’s even possible in the IPv6 space and create innovation is to better understand what services are available, like in reference designs, scenarios, design patterns, or customizable, scriptable infrastructure. A great example of this would be using helpful resources such as Preparing Applications for IPv6, which provides a guide for developers to write and migrate networked applications for use on IPv6 networks. Being aware of this type of information can go a long way since developers need a better view of how they can get from point A of IPv4 to point B of IPv6.

The potential is there, but the amount of understanding has a way to go.

It’s easy to see how IPv6 is moving us toward greater connectivity on all of our machines. With creative applications of IPv6 made possible in simple bank transactions, vehicle charging stations, crypto, powerline communications, and more, it is important to consider IPv6 innovation in unexpected industries and areas.

One thing’s for sure there is a seemingly endless amount of opportunity with IPv6. IT organizations and individuals shouldn’t make the mistake of thinking that it’s around the corner when it is available right now. It is not only time to take advantage of everything IPv6 has to offer, it’s time for everyone involved to understand the current innovation, future potential, and how to challenge their thinking about what is possible.

Can’t get enough of IPv6? We got you covered! Listen to this full discussion and discover more episodes related to this topic at IPv6 Buzz.