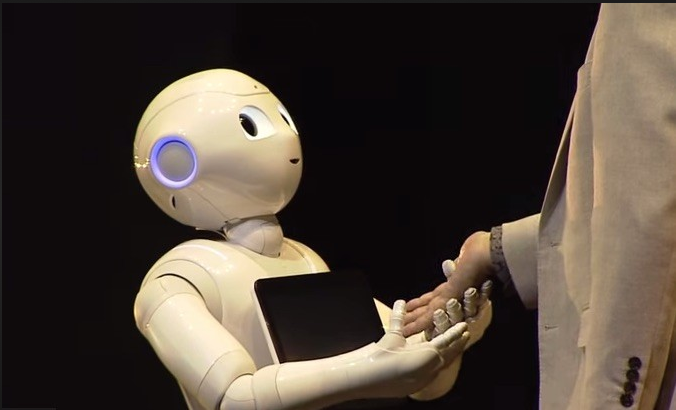 Amazing robots aside, the focus of the conference’s content was the future and what it could (and should) hold in terms of technology’s impact on our lives. From the connected home to remote workforces, it’s very clear that what we’ll be doing in the future is going to be online. This particular statistic got our attention:

We would argue that the 50% statistic should actually be higher. Companies must collaborate online to get work done. According to a recent survey by Global Workplace Analytics, regular work-at-home, among the non-self-employed population, has grown over 103% since 2005 and 6.5% in 2014. This represents the largest year over year increase since before the recession.

Another central theme that was so prevalent it almost hurt – IoT. It was virtually impossible to ignore the number of sessions covering IoT, big data and analytics. There are going to be an estimated 50 billion connected devices by 2020; the global population is 7 billion. This means there will be more than 7 devices per human. Hello, robot overlords!

The scale of the Internet of Things is tremendous; huge economic potential is about to be unlocked. #ibminsight #IoT pic.twitter.com/yNGvrgk9Y8

What this means is that the number of IP addresses will need to quadruple if we want to keep up with demand since each connected thing needs an IP address. Running out of IP addresses is not something we need to worry about, however, because IPv6 has more than enough. In fact, with IPv6, there are 100 IP addresses for every single atom on earth.

6connect can help migrate your organization from IPv4 to IPv6 as seamlessly as possible. There’s no better time to do that than now.

Questions? Concerns? You can contact us at 6connect to speak directly with an engineer. If you are looking for a turnkey solution for robust DNS management and automated network resource allocation, we’ve got your back.